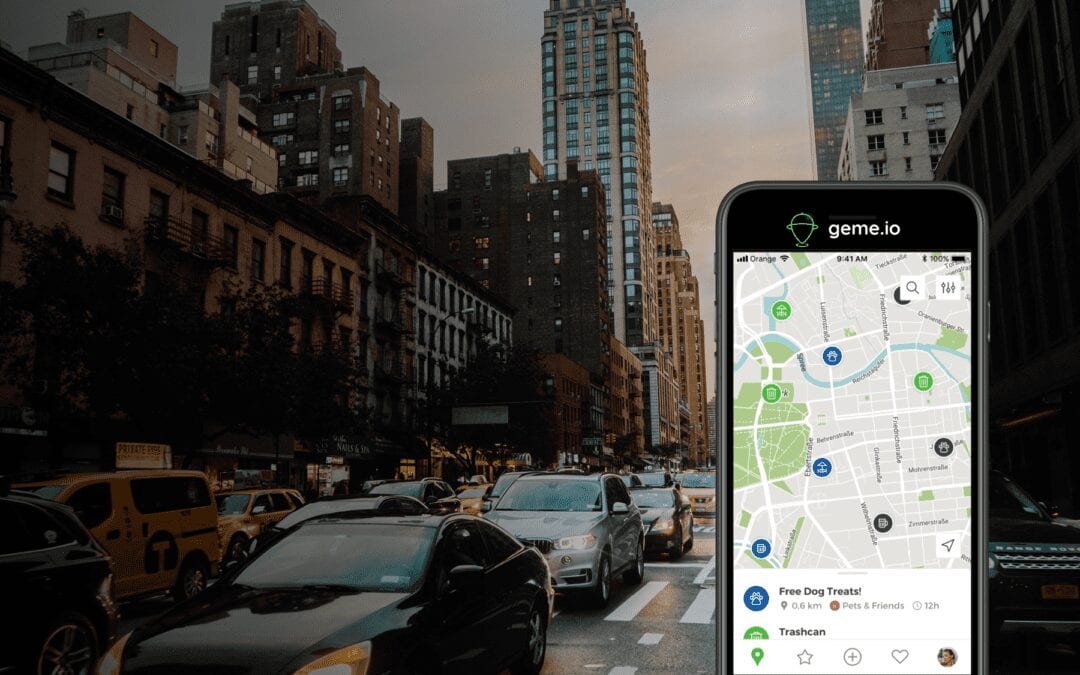 Adventure of Lifetime OU, the creator behind the Geme.io app, has received Horizon 2020 SME Instruments funding to commercialize and accelerate the development of their “smart city” app solution. Technological literacy is fundamental in turning a “normal” city into a “smart” city. A city that is well-connected, sustainable and resilient, where information is not just available but also easily found.

The Geme.io app solution utilizes geo-location to collect and display open public, crowdsourced and voluntary data that arrives via sensors, wearables, APIs and user-generated information. The data is subsequently transformed into accessible information for residents and visitors in said city.

The Horizon 2020 SME Instrument (to soon be renamed the EIC Accelerator Pilot) is a publicly funded program that provides capital and support to small businesses with positive, disruptive potential to grow at a global scale. The SME Instrument is part of Horizon 2020 – the EU’s €80 billion funding program for Research and Innovation.

As part of the program’s goal to radically reduce carbon emissions by the second half of the century, Geme.io has been granted funding in recognition of the benefits the app can leverage by informing citizens surrounding air pollution levels in their own backyards with the objective of reducing traffic congestion and optimizing the use of the existing city infrastructure.

Aside from the app’s focus on sustainability issues, Geme.io is experimenting with citizen/community participation and voice assistance integration to help bridge the digital tech divide for impaired citizen groups as well.

Magdalena Pawlowicz, co-inventor of Geme.io, commented, “It is a privilege to be part of the Horizon 2020 project, particularly given the competitiveness of the program’s funding allocation, where less than five percent of applications were funded. We are grateful for the support to continue developing and showcasing Geme.io and the revolutionary impact it can make the city by city around the world.”

Corroboratory research predicts the “smart city” market will grow nearly 19% over the next 10 years, fueled primarily by city governments investing in technology to keep up with urbanization. According to Persistence Market Research, the worldwide “smart city” market will increase from $622 billion (2019) to eventually reach $3.48 trillion by 2026. The Geme.io team is already working with several European cities and is in dialogue with cities across the United States.

Thorvald Aagaard, Geme.io co-inventor, added, “The coaching and support we will have from the program will be invaluable in bringing our innovation to market. We will be seeking advice on commercialization and business development to maximize our performance and further expand our current network with cities, universities, and businesses.”

About Geme.io: Spearheaded by three Danish co-creators, Geme.io is a free, urban tech, geo-location app solution that makes cities smarter by turning citizens into “prosumers” rather than passive, consumers of data and information. The app complies with GDPR privacy laws, is available on IOS and Google Play, and is the platform of choice for every city aspiring to connect their citizens in a meaningful, intelligent manner. Adventure of Lifetime OU is the legal enterprise behind Geme.io. About the EU grant, please refer to Project 864252 in the H2020 SME Instrument. For more information about the company and the app solution.