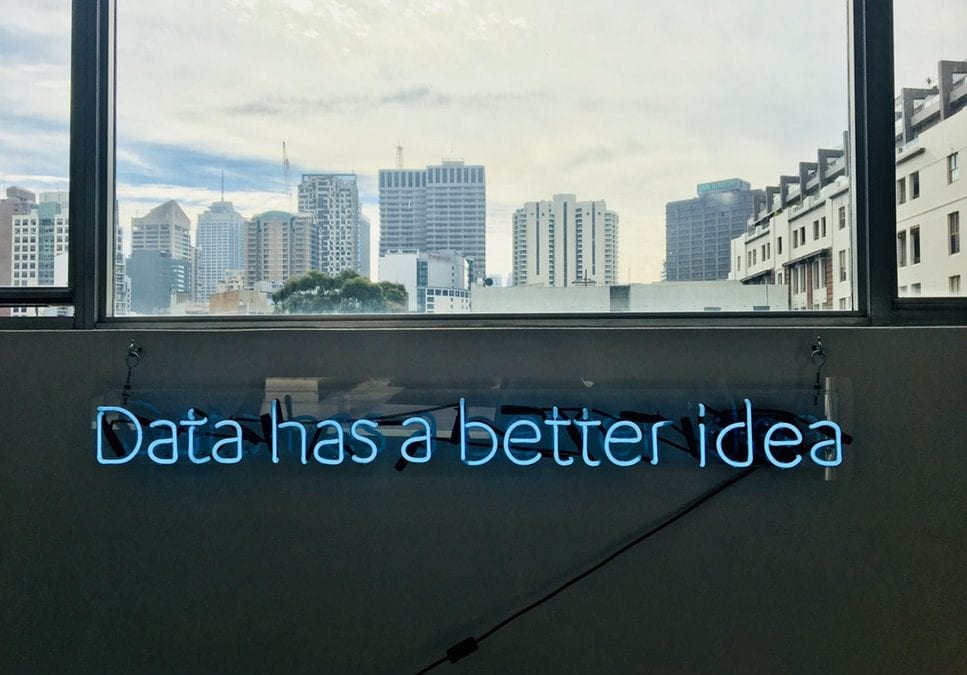 I used to cringe, wince, recoil into a ball and internally question my existence when confronting math word problems. My snarky, slightly chubby 7th-grade teacher would ask …

“If Matt has four shirts, and his best friend Rob has seven, and both have three belts and are going backpacking through Europe with a shared set of 4 pants, how many distinct outfits can they make?”

My first thought – dudes don’t share pants. But second, today, in 2018 (from an advertising perspective), knowing Matt and Rob’s clothing preferences is exactly what any company strives for. Brands give a crap about this stuff, segmenting thousands of consumer/client preference data points usually mined through social media to come up with potential client profiles.

Don’t get me wrong, this has worked. Quite well in many instances. But this matching game can only take you so far. Why do you ask? Because it’s based on what’s already occurred. Facebook will smack you hard with snowboard ads because you’ve indicated a love for the sport via various actions on the site. Google obviously in the same way. Odds are you’re going to keep buying snowboarding gear and hitting Colorado every winter because that’s what you’ve done over the past six years.

But we’re moving into a new era, ladies and gentlemen, and that era is real-time location-based marketing. The kind of marketing and advertising that engages a potential customer (in the case of the snowboard fanatic), on the slopes, while waiting to drop into a half-pipe. It’s as direct and personal as it gets because it’s engaging me in the exact moment I am most apt to get engaged. 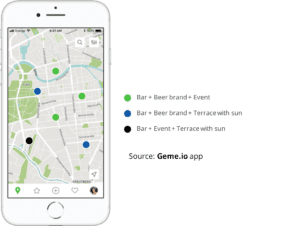 Location and granular geo-targeting are strong predictors of consumer intent because it’s concentrated on the latter (where we’re at), and less on using analytics to determine the former (where we’re going). For example, if it’s 8 PM  on a Friday evening and I’ve opted in on platform X to receive offers from “bars near me” – because I enjoy the meeting of alcohol and my lips – a great promotion available nearby is easy to act on. Again, engaging me.

So, if this is the case, and location-based apps are already here, in use, why are advertisers still pumping money into social media ads? Mainly because there’s a barrier to the replacement of social media ads by location-based advertising. There are fewer local businesses with ad budgets to target location-based clients, and the big fish that do engage are only just starting. But it’s happening, and we’ll soon see a whole new ad game – personalized and engaged like never before.

Infomercials in a Location-based World

Successful infomercials tend to follow a pattern: they all contain some sort of entertainment, provide demonstrated solutions to everyday problems, are hosted by a visible spokesperson, incorporate honest endorsements, and have a compelling sales pitch. Once you mix in “location” however, the story shifts …

With user preference data like “I drink beer on a terrace when the sun shines,” a location-based app like Geme.io can set a special price for that user when these conditions (sunshine) are met. In contrary to “writing” the old-fashioned algorithm – “IF sunshine=enough THEN lower price,” the location-based app can now say:

“IF a condition is met that increases likelihood of beer sales THEN lower the price”.

What does this mean?

This means that over time media agencies and advertisers will count on significant location data. In addition to “I’m in a bar with a terrace, drinking a beer and the sun is shining,” on my way I walked my dog, passed by a trash bin and dumped the pooch’s poop before I hit the bar.

Taking this a step further, data would show people go for a beer after walking the dog rather than going for a coffee (= example). This means that walking the dog is an indicator of potential beer sales. By encouraging dog walking the beer brand sells more beer!

Currently, media agencies focus more on target groups but aren’t yet able to see the dog-walking —> beer link. But will Geme.io they will and get engagement, full engagement.