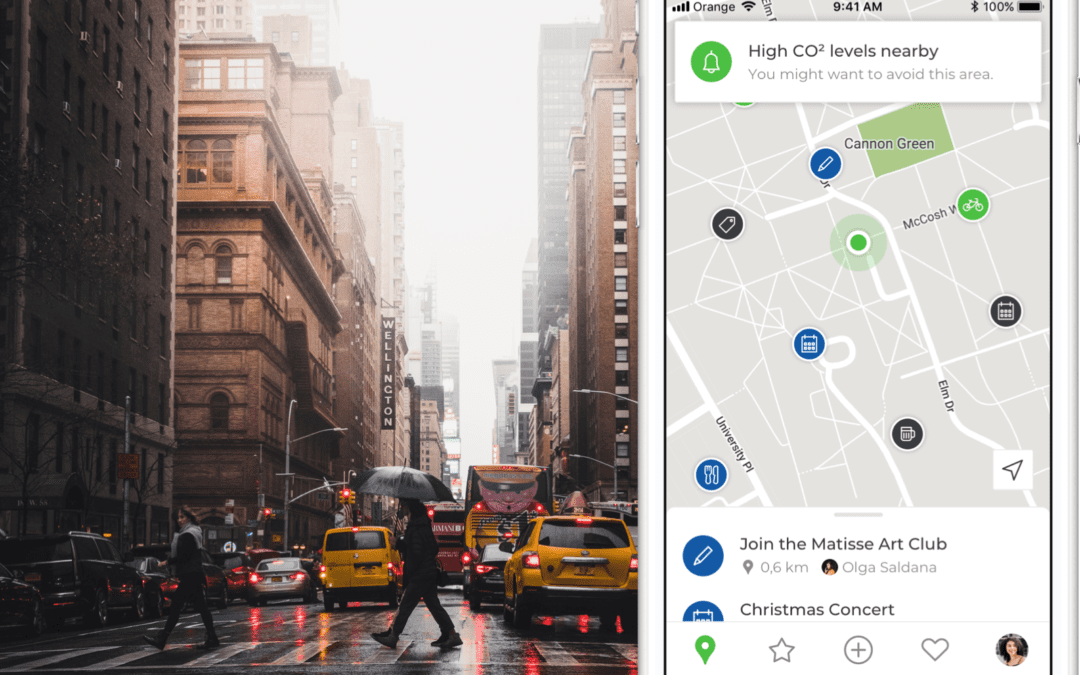 Geme.io, a geo-location app that connects people to a range of information in their current vicinity, has expanded its smart city app’s offerings with air quality information.

To roll this out, Geme.io has been provided access to the European Union’s Copernicus Atmospheric Monitoring Service (CAMS), a rich dataset that provides consistent and quality-controlled open information related to air pollution and health, solar energy, greenhouse gases and climate forcing, anywhere in the world.

Offering daily global and regional air quality analyses and forecasts, CAMS will feed Geme.io with timely and accurate data to keep its users updated, and display the information in a customized manner on the app’s virtual map.

Additionally, the Geme.io team is already working with several consortia (i.e., universities) as well as personal, portable air quality sensor manufacturers to aggregate air pollution data from a variety of sources and display them in real-time at a street by street level (combined with other relevant city information such as city planned traffic congestion) on the app.

Air pollution, traffic congestion and citizen involvement in air quality monitoring are interconnected areas, all critical to creating smart cities and reducing air pollution. To understand the interest surrounding the reduction of air pollution in a given city, Geme.io conducted a survey among mums with toddlers in approximately 1,300 kindergartens across London, 5 large cities in the U.S., and 2 capital cities in the Nordics. Results communicated that 94% of this segment is very concerned about air pollution in their cities, are not aware if their kindergarten lies in a general polluted area (89%), and 78% would be willing to change their means of transportation if they knew about traffic congestion ahead of time.

“Our mission is to allow users to take the necessary, preventive actions to avoid air pollution by electing alternative street routes or not going to a park for example if dust (particulate matter[1]) is overly prevalent,” states one of the app’s co-founders, Magdalena Pawlowicz. “Individual interviews with mums in kindergartens indicate there is a need for cities to educate citizens on air pollution, and a car with a running engine (e.g. an ice-cream truck or dad waiting in the car in front of the kindergarten) surprised many responders as something that was actively creating air-pollution,” Pawlowicz continues.

Information in the hands of citizens is vital in the fight to reduce air pollution. Geme.io has joined forces with a university on a project to create a mathematical algorithm that will enable the translation of traffic congestion (e.g. planned street cleaning, trash pick-up, transport off and onloading services) to be displayed ahead of time on the app’s virtual map. The project will include aspects such as how much citizens are willing to share data with city clouds for the benefits of other citizens and use the app to inform others about planned traffic congestion.

Free, aggregated data, and widespread access to critical information on the quality of the air we breathe is key to catalyzing climate change.

About Geme.io: Spearheaded by three Danish co-creators, Geme.io is a free, urban tech, geo-location app solution that makes cities smarter by turning citizens into “pro-sumers” rather than passive, consumers of data and information. The app complies with GDPR privacy laws, is available on IOS and Google Play, and is the platform of choice for every city aspiring to connect their citizens in a meaningful, intelligent manner. Adventure of Lifetime OU is the legal enterprise behind Geme.io. About the EU grant, please refer to Project 864252 in the H2020 SME Instrument. For more information about the company and the app solution, go to https://geme.io/

[1] PM are fine and ultrafine PM (PM with aerodynamic diameter less than 2.5 and 0.1 μm, respectively) that mainly originate from transport, combustions, and photochemical reactions in the atmosphere.